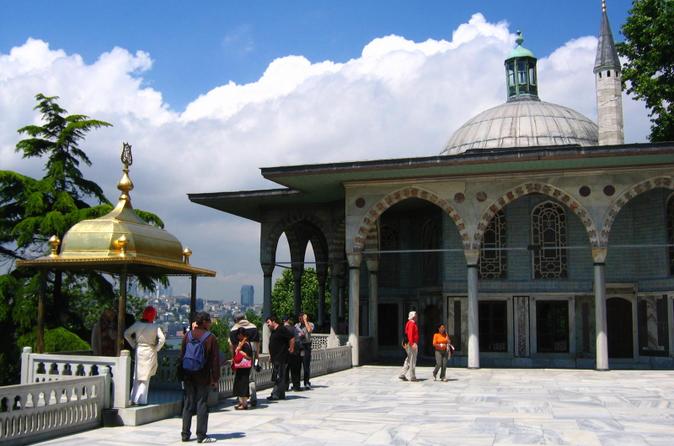 This tour covers highlights of the city along with a traditional Turkish lunch.

This tour covers highlights of the city along with a traditional Turkish lunch. Begin your day with a drive over the Golden Horn into the ancient side of Istanbul through the crowded business section. Your first visit will be to the Mosque of Sultan Ahmed I, otherwise known as The Blue Mosque. The mosque is renowned for its architectural harmony, proportion and elegance. It is the only original mosque in the world with six minarets. Graceful arabesques decorate this magnificent structure and the stained-glass windows are breathtaking. The next stop on your tour is St. Sophia. Originally constructed as a cathedral during the reign of Constantine the Great in 326 AD, it was rebuilt and enlarged during the reign of Emperor Justinian. His intention was that the new building should surpass in splendor all others in antiquity. It is said that 10,000 workers were employed in its construction and marble columns were brought in from temples in minor Asia, Lebanon, Greece, and Italy. The building was a mosque during Ottoman rule. Famous for its immense dome, beautiful frescoes and mosaics, in 1934 St. Sophia was converted into a museum. It is now the most important Byzantine monument in Istanbul. Next on the agenda is the Underground Basilica Cistern, located across from Hagia Sophia. You might think that having so many highlights to visit above ground leaves no need to go under. But you’ll soon discover why this visit is worth every minute. The Basilica Cistern was built in the 6th century to supply water to the nearby palace complex. With 336 Corinthian columns and its brick, cross-vaulted ceiling, this is the largest and the most magnificent covered cistern in Istanbul. The highlight of your tour will be Topkapi Palace, once the residence of the Ottoman Sultans. Topkapi Palace is a great walled complex hugging the shores of the Bosphorus and Golden Horn. Intended for use as a summer palace, Mehmet II began construction in the mid-1400s. Topkapi was enlarged by Suleiman the Magnificent into the Sultan's principal residence. Over the next 300 years, successive Sultans expanded the palace into a great complex of buildings set in lovely gardens. A series of courtyards connect various buildings which are now home to an astonishing collection of Chinese porcelain, treasures, the Topkapi dagger, and the celebrated Topkapi Diamond. Following your visits, you will also have chance to enjoy Turkish cuisine. Water, tea or coffee is included during lunch; however, soft drinks and alcoholic beverages are available at an additional cost. Conclude your day with a visit to the Grand Bazaar, one of Istanbul’s most colorful sites and the heart of commerce during Ottoman times.

This tour covers highlights of the city along with a traditional Turkish lunch.