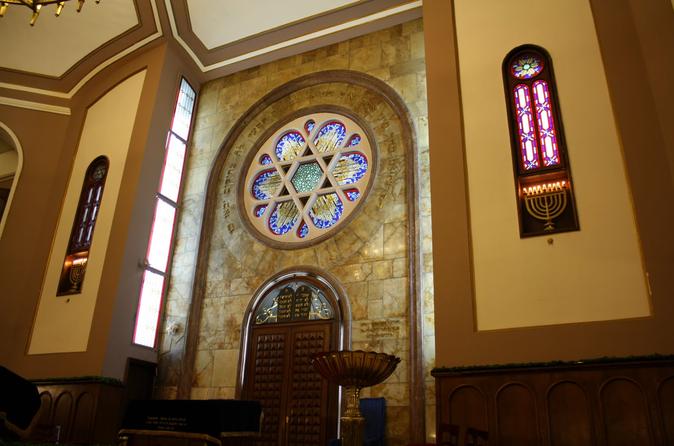 This tour by a luxury private car and a professional guide will allow you to discover the heritage of the Jewish population in Istanbul.

The tour starts in Galata, the centuries-old Jewish neighborhood with its famous tower built by the Genoese. Visit Neva Shalom Synagogue or Ashkenaz Synagogue (depending on availability of the Synagogues). Drive to Balat along the Golden Horn, residential area of Ottoman Jews where "Star of Davis" still appears on the facades of some buildings. Visit the Ahrida Synagogue, built in he 15th century by the first generation of Seferad Jews who were granted shelter and asylum by the son of successor of Mehmet the Conqueror, Sultan Bayezid. See the Jewish Hospital.

Visit Zülfaris Jewish Museum of the Quincentennial Foundation, and the "Oldies House" at Hasköy. The Jewish Cemitery where the martyrs of a terrorist attack to Neva Shalom are resting. Stop at Ortaköy, the very first point when the Seferads disembark from the Toto boat they used to seek shelter from during the Spanish inquisition 5 centuries ago. While all other kings and emperors were avoiding them, Sultan Bazyezid of the Ottoman Empire welcomed them to his realm, offering a safe and peaceful life.

The day's last visit is to Etz Ahayim Synagogue.

This tour by a luxury private car and a professional guide will allow you to discover the heritage of the Jewish population in Istanbul.