Troy And Anzac In 1-Day From Istanbul 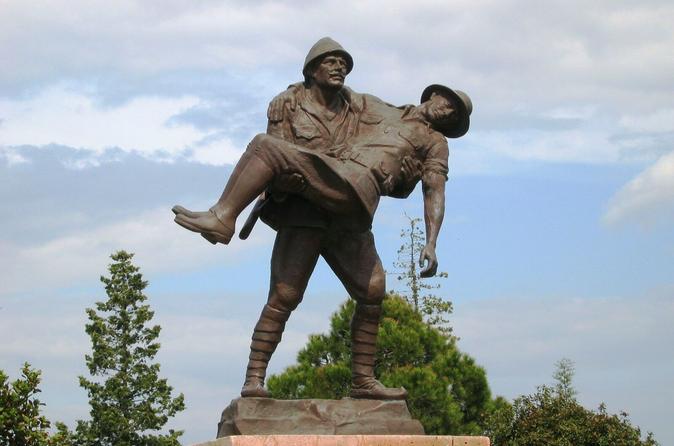 Drive along the Marmara Sea from Istanbul to Troy and Gallipoli on a full day tour.

Enhance your Trojan experience by visiting another site where the souls of heroes are present.
Your tour will start with an early morning departure from the hotel at 6am. You will drive along the European shore of the Marmara Sea, seeing some lovely summer houses on the sea side, with vast sun flower fields on the land side.

You will also travel by the shores of the Dardanelles, as you will pass by Gallipoli, and other land of gallantry where the famous “Gentlemen’s War” was fought between the Ottoman and Anzac troops during the WW1.

As you cross the Dardanelles by ferry, and drive last 25 minutes to the site of Troy; you will become a part of Homer’s legends; seeing the symbolic Trojan horse, the city walls, The Athena Temple and the Odeon.

Following the visit of the Trojan site, as you cross back to the European side of the Dardanelles to get to Gallipoli. Visit all famous battlefields and the cemeteries of Gallipoli and see the tragedy and the heroism of this famous battle.

Gallipoli is amazing, a beautiful place with such a sad and tragic history. During the World War I, some of the most ferocious battles were both here among the Ottomans and the Anzac soldiers, young heroes aged only 18 and 19.

It was referred as the 'The Gentlemen's War', because while shots were traded among trenches that were only 40 foot apart in some places, amazingly, a kind of camaraderie developed between the Allied soldiers and the Turks, they swapped cigarettes and other supplies and formed a mutual respect that lasts even to this day.

Today, a special ceremony called the Anzac Day Dawn Service is held in this site every year, on April 25th , to honour the lost heroes of the Gentlemen’s War. The souls of heroes that belong to different ages, will accompany you on your trip back to Istanbul.

Drive along the Marmara Sea from Istanbul to Troy and Gallipoli on a full day tour.